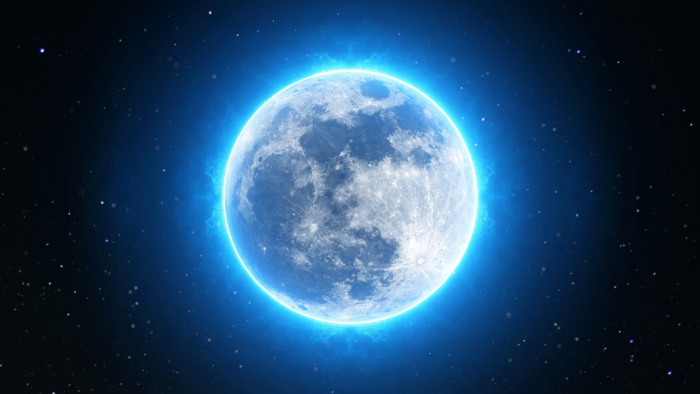 So I came out of the “spiritual closet” last night.

I’ve always been a very spiritual person. Like, seriously, you have no idea. I grew up Catholic. In the Catholic church, you’re not supposed to receive communion until AFTER a certain age, after you’ve taken certain classes, and gone through a little “First Communion” ritual.

It makes sense. Catholics apply special supernatural meaning to communion. It’s not just a piece of bread we all eat as a community. It’s the “Eucharist” — they take Jesus’s words literally when he said, “This is my body, this is my blood…” Catholics believe the Eucharist appears as bread and wine, but somehow supernaturally, it’s actually literally Jesus’s body and blood at the same time.

So sure, I get it. It makes sense that Catholics wait until a child is old enough to understand the specialness of this ritual. But when I was a kid, I knew that already, I could sense there was something special, and I didn’t want to have to wait until I was older and went through the First Communion ceremony. I begged my parents to let me go up and receive communion with everybody else. I assured them I already believed. I even tried sneaking into the communion line when they weren’t looking.

That’s just one story to illustrate my point. I’ve never been casually interested in the spiritual world. In college, I studied world religions. I was always involved in my church. I prayed and talked to God almost daily. I’ve always been interested in, studied and learned about, and loved meeting people who had any kind of spiritual gift or ability, supernatural healing, psychic abilities, ESP, visions, you name it — I wanted to learn all about it.

But… fast forward to present day, in the world of the internet, where once you post something, it NEVER goes away. And, now I’m a working actor in Hollywood… I have to think about how the public’s perception of me might affect my ability to get booked on a job.

And, well, there’s a more personal reason too. The environment I grew up in tended to be very judgmental of anyone who didn’t think and believe like they did. I no longer consider myself Catholic, for a list of reasons too long to get into here, and have since evolved in my own personal spiritual journey to where I now consider myself “spiritual, but not religious.” Spirituality and connection with God is still a very important part of my life — but I don’t feel I belong to any formally organized religion.

But many of my friends are still deeply Christian. And I know that things like giving “tarot readings” or “reiki energy healings” are taboo, forbidden, wrong… some even believe demonic. Part of me is afraid I’ll be judged, and lose friendships, if I “came out” and publicly talked about the things I actually believed spiritually.

Last night, I tried something I’d never done before. I gave tarot and oracle card readings online for free through a Facebook Live video chat.

Previously, I’d only done readings for myself or close friends. People repeatedly tell me how amazing, helpful, and encouraging my readings are. It uplifts, inspires, heals, gives hope, provides insight and guidance they’ve been needing, makes them feel safe and loved, etc. My intention in every reading is to help people in that way.

And it’s fun for me to do. Giving a reading connects me with myself, with God and the angels, and certainly with the person I’m reading. And recently, I’ve realized, that spirituality was such a large and important part of my life, but I’d been neglecting, hiding, ignoring it… probably because of all the reasons I mentioned earlier.

For me personally, for my own health, well-being, and growth, I needed to “show up” spiritually in some way. I needed to come out of the spiritual closet, for myself. Because it is a large part of me. And I haven’t been expressing it. I haven’t been living it. I’ve been denying a part of who I am, what I believe, and what I do.

I know that not everybody will agree, understand, or appreciate it. Some may even accuse me of working with the devil or whatever. That’s fine. This isn’t about them. If you don’t believe in any of this stuff, and you feel it’s wrong or spiritually dangerous — don’t do it. I created a new, separate “Heartspace with David” Facebook page, for the people who ARE into this kind of stuff. I can help them.

So, out of love for myself, out of a personal need to express a part of me I’ve been hiding and neglecting, and out of a desire to genuinely connect with and help others… I took a chance, I showed up, I gave free mini tarot and oracle card readings to a bunch of people online through a Facebook Live video.

I’d seen a couple of my other Facebook friends do that before. I thought it’d be fun. It was something I wanted to do. Something I needed to do, for me.

But I was scared. I was nervous. I was afraid of being judged by some of my more conservative, traditional, and/or fundamentalist friends. I was afraid that casting directors or producers might come across this stuff and think, “that guy’s crazy, we don’t want to hire him to act in our movie.”

But I did it anyway. For myself. With the hope and intention that I could maybe help others too.

Because I have a gift for this. And gifts are meant to be shared. I want to make the world a better place. I want to connect with others, help them feel uplifted, inspired, empowered… This is one way I can do that.

I wasn’t sure what to expect. Honestly, it’s hard doing readings that way. You can’t see the person you’re reading. You can’t hear them. If you have a question for them, it takes a while to wait for them to type in their response. Plus, everybody else is sitting and watching, waiting for their turn, at the same time.

I had no idea what to expect. I think I ended up doing a dozen or so readings (I’m not sure of the exact count), but I do know the video chat lasted an hour and forty-five minutes. Yeah. Wow. And it probably would’ve gone longer, except I had to take a break and eat dinner and go to the gym and stuff. :-p

I love what I do. And I’m grateful this is one of my gifts I can share. 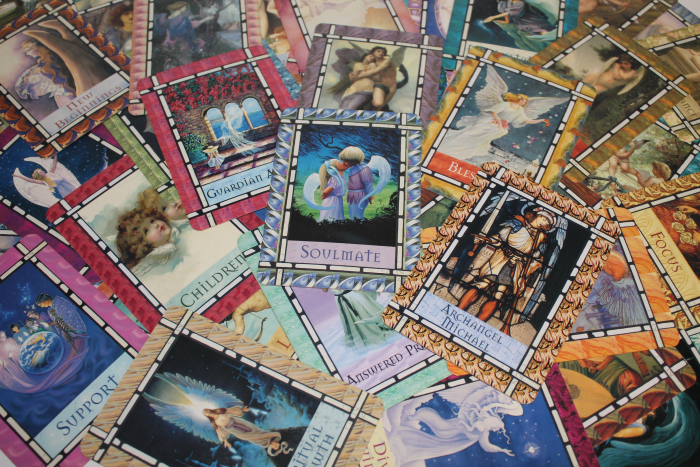 But I just want to say — doing it publicly like that wasn’t easy. I was nervous. I was scared. I was afraid of how it might impact my existing relationships and future job prospects.

But there’s a quote I love and live by. “Courage is not the absence of fear. It is the judgment that something else is more important than fear.” That’s by Ambrose Redmoon. And it’s so true.

I was afraid. But there were bigger, more important, more valuable reasons to do it anyway.

It seemed to help a lot of people, based on the comments and private messages I got back. And as for being judged by my conservative Christian friends… one of them reacted to my video with a “sad” emoticon, but that was it. Meanwhile that same video got a ton of likes and hearts too. And I know it helped some people. And that’s why I did it.

The People I Can Help

I have to remind myself that I’m never going to make “everybody” happy. And the only way to avoid ever being criticized or judged is to do nothing, say nothing, and be nothing. (And even then, people will judge you for that.)

I need to focus on who I can help. I need to show up, show the real me, so my tribe, my community, my family can recognize and find me.

And you know what? One person messaged me last night, saying that my courage to come out of the spiritual closet inspired her to show up and come out of hiding in her own areas of life.

She taught me something important in that moment.

It wasn’t just me who felt afraid to show the world who I really am. I guess most of us feel that in some way.

So yeah, I helped people with their individual readings. But maybe, by simply coming out of my own closet, that in itself helped inspire others to do the same in their own lives.

It takes courage to show the world the real you.

A lot of courage. It goes back to ancient hunter and gatherer times, when being rejected and isolated from the tribe meant certain death. Fortunately the world doesn’t work that way anymore. There’s millions of tribes. If we get kicked out of one, we’ll find another, more authentic and better fitting one waiting. But the instinctive fear is still real. So I get why others are afraid. I get why I was afraid.

But I don’t want to live in hiding. I want to be authentic. I want to show up and find and connect with my real tribe. I want to belong to a community that knows and accepts the real me — not some mask or character I play, just to feel pseudo-accepted.

If you feel the same way too, know that I fully support and encourage you — whether you’re part of my tribe or not. You belong. You’re certainly always welcome here. But if the “real you” doesn’t align, agree, match with any of what I’m about — that’s okay. I love you anyway. And I want you to feel like you can be seen and belong too. Find your tribe. A group of people that not only “allow” or “tolerate” who you really are — but celebrate it with you!

We all deserve that.

2 thoughts on “Coming Out of the Spiritual Closet”