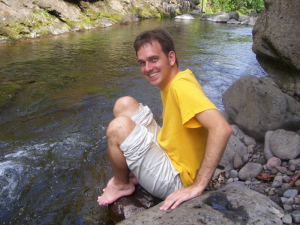 In 2011, I moved to Maui as the next step in my life adventure. It was totally an intuitive, heart-inspired decision. I had never physically been there before — but come on, it’s Hawaii. Who doesn’t love Hawaii??

I ended up living there for a little over a year. During that time, I made several new friends (some of which became lifelong best friends that I still talk with often to this day). It turned out to be great for my artistic career too.

This was where I was living when I finally became a full-time writer. And, funny story, it’s also where my acting journey began.

One day I stopped by the local theatre to pick up my friend, but entered the wrong area and unknowingly wandered into an active audition space. The director asked if I was there to audition. I politely explained I was just there to give my friend a ride. The director asked if I wanted to audition anyway. I figured, “Sure, why not?” So she gave me a script — a scene from Taming of the Shrew. I took 15 minutes, memorized the Shakespeare monologue, and came back to audition. Guess what? I booked a role! 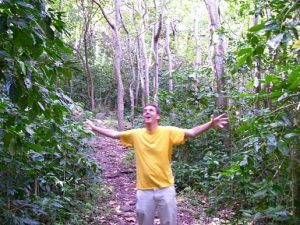 I have a lot of great memories from my time on Maui. I’m so grateful I got to live there for a while. I made great friends. I grew as an artist. And I did a whole lot of hiking and exploring in Maui’s vast, diverse, beautiful nature.

Enjoy it as a virtual mini retreat. Join me in vicariously visiting some of my favorite places in paradise.

Pāʻia is a small town on the north shore of Maui. I happened to wake up really earning one morning (my body was still on mainland time), so I decided to visit the beach and capture the quiet peacefulness on camera.

Haleakalā is a dormant volcano that rises to over 10,000 feet above sea level. And if you wake up really early and drive to the summit, you can watch the sun rise up from below the clouds.

You can find Honolua Bay along the northwest coast of Maui. You’ll need to park along a small winding road and walk through the forest to find this beautiful place. There’s a “beach” mostly made of pebbles and small stones, but most people will either go swimming or sailing in these tranquil warm waters.

Maui, also known as the “Valley Isle,” is made up of two mountain peaks and a valley in the middle. To give some perspective, I took this video from half way up Haleakalā (east side of the island), overlooking the valley below and the West Mountains in the distance. You can see the ocean on both the north and south sides simultaneously. And the sunset… is just wow.

There’s lots of places to hike on Maui. So much so, that there’s an entire Meetup.com group dedicated to hiking and exploring Maui’s various places. On this particular adventure, we explored the Ho’okipa Beach along the north shore.

Kahului is Maui’s largest city. It has an airport, major shopping mall, and a harbor where cruise ships frequently dock. It’s along the north shore, adjacent to the West Mountains and the famous Iao Valley. Here’s an early morning visit to the harbor, just because.

Iao Valley is part of the West Mountains. It’s a popular spot for both locals and tourists, with great hiking, a beautiful stream, and amazing views. This video is a peaceful walk through Iao Valley — the next closest thing to actually being there.