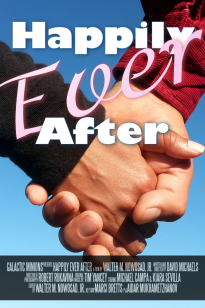 Synopsis: Amy’s lost all hope of finding her happily ever after, until a chance meeting with a life coach at a park.

Behind-the-Scenes: This film was made as part of the 2015 San Diego 48 Hour Film Project — where several small teams of aspiring filmmakers get together to make an entire short film (from original script to final cut) in under 48 hours. How’s it work? On Friday at 7pm, each team is assigned a specific genre, character name, occupation, prop, and line of dialog that must somehow be included in their film. They then write, film, edit, and turn in a finished film by 7pm Sunday, just two (often sleepless) days later. Everyone’s films are then screened at a local movie theater in front of hundreds of people.

While these rushed 48-hour short film projects generally don’t produce the highest quality films ever, they are still lot of fun and a great way for first timers to get started. Plus you often make great new friends along the way. I recommend doing it at least once. Nearly every major city has a 48-Hour Film Project (or similar) competition every year.