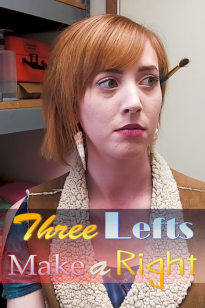 Synopsis: Three quirky sisters try to become professional bloggers after inheriting some money. But nothing ever goes as planned.

Behind-the-Scenes: Some friends from improv class wanted to do a little “just for fun” comedy film together. We shot this in only 4 hours with a $0 budget.

For most of the actors, this was their first time performing on camera too. This short film was shot entirely on a cell phone.

Ruth Frechman, who plays Lara Sue the food blogger, is actually a food and nutrition consultant in real life. In the film, you can see her actual “The Food Is My Friend Diet” book on her desk.

The screenplay was written by Sean Sandefur, that I first met in film school a few years earlier. Sean wrote an original comedy pilot back then that impressed me, and when this project came up, I knew he would be perfect for the job. This became Sean Sandefur’s first produced screenplay.

[Spirituality] Who or What Decides When It’s Your Time to Die?